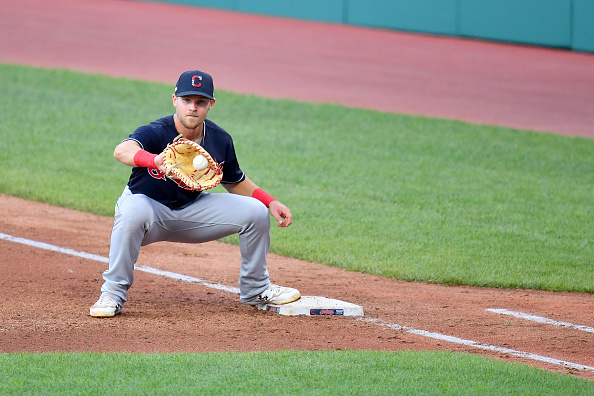 Now there’s a name Cleveland Indians fans haven’t heard in a while.

Despite logging 423 plate appearances in 2019 — his first year with the Tribe — outfielder Jake Bauers has been a ghost this season. Though he made the initial 40-man roster, he was sent down to Cleveland’s satellite field in Lake County before the 2020 campaign began, residing there ever since.

That this is the case, especially considering how the Indians have handled their outfield throughout the season, appears to say something about Bauers.

While Cleveland finally seems to have established some semblance of an everyday outfield lineup, the team spent the first month of the season taking a constant mix-and-match approach. Yet, Bauers never received an opportunity.

It certainly makes you wonder what lies ahead when it comes to his future in Cleveland.