The NFL preseason is officially over. We’re now days away from the real games getting under way, with only the last few weeks of exhibition contests to analyze when it comes to predicting how the season will go.

For the Cleveland Browns, expectations for the 2016 campaign are essentially as low as you can get. Talent is limited, the locker room is filled with youth and inexperience and a full-scale tear-down is underway.

Despite this, fans found themselves curiously optimistic about what lies ahead for Cleveland. New coach Hue Jackson had revitalized a team so used to recycling front offices on a bi-annual basis. Quarterback Robert Griffin III was putting forth solid training camp sessions, leading some to hold out hope a career revitalization was possible. 14 new draft picks, including dynamic wideout Corey Coleman, gave the team a solid foundation to build upon.

So, at the beginning of preseason, there was reason to tune in to see what Cleveland could do. Last night, the Browns played their final exhibition game against the Chicago Bears. With the preseason now in the rearview, we can take a look to see what we learned about this team.

What we learned was…umm…well…I mean….

Sure, if given enough time we could all think of something we absorbed from Cleveland’s preseason. If asked to come up with the main take-away from all of it, though, all I can say is the Browns underwhelmed at essentially every aspect of the game.

I know, it’s preseason. Getting cranky about games that don’t count is the classic “old man yells at cloud” situation. Very rarely are exhibition contests a true indication of what the next 16 Sundays will be like. 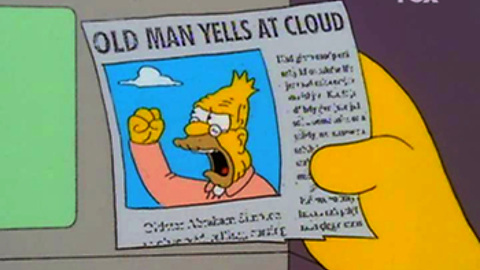 At the same time, the highlights from Cleveland were few and far between in its four preseason losses.

“But Casey, what about those touchdown bombs from RG3?” I know, I know, Griffin had some great moments, including two long TD heaves to Terrelle Pryor and Josh Gordon. However, if you take those away, the Browns offense was as dynamic as a wet carrot.

While Cleveland proved it can put together a big play every now and then, there were a lot of uninspiring plays in between. Griffin looks better, sure, but he’s still slow to go through his reads and has to be quicker at getting rid of the ball. The running game shows spurts, but still doesn’t look like it can be relied upon to consistently move the chains. Pryor and Gordon certainly bring potential, but the former is unproven and the latter is suspended until Week 5.

Defensively, things weren’t much better. Much of this is due to the fact Cleveland’s front office has shed almost every single vet from the unit. While there’s still talent to be found on that side of the ball, the inexperience is going to be obvious well into the upcoming season.

It all combined to make for a preseason that was…just kind of there. Nobody expected Cleveland to remind everyone of the Paul Brown days of old. Still, the past four weeks have been bland at best.

Griffin may look better than he did in his final year in DC, but he still has his flaws. Coleman has undeniable talent, but he’s trying to learn a lot in a hurry. Rookie QB Cody Kessler looks miles away from being ready to take the field when it matters.

The story will be the same on the other side of the ball. Defensive rookies Emmanuel Ogbah and Carl Nassib had their moments, but they’ll be asked to do a lot early, likely more than they’re ready to take on. Pro Bowl corner Joe Haden looks like he’s bouncing back from offseason ankle surgery, but he doesn’t have a lot of help with him in the secondary. The team’s first pick from 2015, Danny Shelton, still isn’t making an impact.

In summary, the team is loaded with young players, which means the growing pains will be significant. There’s potential, sure, but it’ll be a while before all these kids can reach it.

All in all, while fans hoped the learning curve wouldn’t be too steep, a remarkably unremarkable Cleveland preseason indicates the team still has a long way to go to climb out of the doldrums.